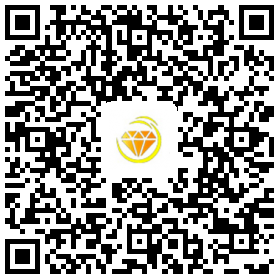 In 2015, the international environment was complex and changeable, and domestic economic development entered a new normal. GDP achieved 7.4% growth and operated smoothly. Our industry enterprises have taken active measures to adjust the product structure and improve product quality in order to adapt to the national economic development, the industry economy is running smoothly, and the main economic indicators such as output and efficiency have grown moderately.

I. Characteristics of industry development in 2014

(II) 1. The total profit increased by 0.62% year-on-year, and the growth rate decreased by 30.58 percentage points. The reason can be seen from the table, the management expenses increased by 4.05% year-on-year, and the financial expenses increased by a large margin, increasing by 25.57. %, mainly interest expenses, the entire financial expenses of 391.58 million yuan, and interest accounted for 368.79 million yuan, accounting for more than 94% of the entire financial expenses, enterprises generally reflect that the payment is difficult, the triangular debt situation is common, many are used for settlement, and There are commercial acceptances, electricity charges, wages for workers, and purchase of raw materials are cash, which affects the operation of funds and increases interest expenses. The total wages increase by 10.81%. Some workers' wages reach 4,500-5,000 yuan/month, and labor costs increase rapidly. . 2, many enterprises for the return of funds, processing inventory, products sold at low prices, brown corundum block ex-factory price 2800 yuan / ton, grain sand 4200 yuan / ton (using no billing method), white corundum block 4100-4200 yuan / ton, Duansha 4700-4800 yuan / ton, granular sand 5100-5200 yuan / ton; green silicon carbide 98.5 # block 6900-7000 yuan / ton, granular sand 9100-9200 yuan / ton, fine powder JIS1200 17000-17500 yuan / ton, JIS1500 17400-17900 yuan / ton; black silicon carbide 88% 0-10mm 4650-4750 yuan / ton, 98 # block 5500-5600 yuan / ton, 98 # grain sand 6100-6200 yuan / ton; abrasives, especially resin grinding wheel Last year, the market for small-sized products increased more, and the price competition was fierce. The small piece of Φ105*1 was 0.60-0.70 yuan/piece. The above price is only the external price of the enterprise. The actual contract price may be lower than this, the price is Competition directly affects the growth of corporate profits. 3. A batch of large-scale enterprises, which have upgraded and upgraded enterprises, increased investment in fixed assets, increased costs, and diluted profits. Statistics show that the total profit of abrasive companies participating in the statistics increased by 10.69%, and the total profits of abrasive enterprises decreased. 3.26%. The profit growth rate has declined. In addition to the above reasons, the main reason for the impact on the development of the industry is still overcapacity. A number of large-scale enterprises have successfully carried out industrial transformation and upgrading and product upgrading. The current transformation and upgrading is not a simple furnace, the site is increased, but the quality changes, intelligent, automated and widely used, advanced technology, technology use, Guizhou Sanshan, Shandong Luxin, Guangdong Chuanghui, Henan Yilong, Yichuan Dongfeng Zhengzhou Acer, Yangzhou Dongfang, Zhuhai Elephant and other enterprises have entered a benign operation track. Baige Abrasives Co., Ltd., Guizhou Dazhong Qisha, Jiangxi Guanyi, etc. through restructuring and turning losses into profits, through the introduction of advanced technology, On the basis of the original, it has reached a new level, and the market share of products is getting higher and higher. Chongqing Bosai is also undergoing new upgrades. However, some small business thinking is still lagging behind. If you don't want to improve the company, it is still the idea of ​​the early stage of the reform. The tax is missing, the quality is worse, and the price is lower, so that you want to win a place in the market. However, the fact is that these practices have not been influxed. Some enterprises have to stop production. Recently, the Standing Committee of the Machine Tool Association passed the "China Machine Tool Industry Association Anti-Unfair Competition Convention". The purpose is to call on industry colleagues to act together and oppose unfair competition. To purify the market environment and regulate market operations. To create a good situation for the development of the industry, our club also issued an initiative to implement the Convention of the General Assembly in the abrasives industry. After the Council passed the report, the company will voluntarily implement it and also supervise each other. The behavior of competition shall be reported to the General Conference and the Branch. If these behaviors are not corrected, they shall be dealt with. In the mainstream of development, these branches will be reduced and the industry will develop healthily. The quality of our products is constantly improving. For example, brown fused alumina and silicon carbide blocks have not changed much from foreign countries. Abrasive tools are also developing, and prices are constantly falling. This is mainly caused by our own mutual price reduction. We hope that enterprises can communicate with each other and learn from each other in order to achieve common improvement. However, we must digest advanced experience in learning, do not imitate hardships, and respect the intellectual property rights of R&D companies. This is also the basis for in-depth exchanges.

Previous article:
无
The pain of environmental protection in the abrasives industry
Next article: